Yes We Can
The President, my dear, inspiration, Barack(y) Obama, is speaking in my home state tomorrow. Well, I read this on Twitter I believe, and immediately googled, and called my representatives' office (duh, they're my peeps now) and got the dish. It's tomorrow. BUT WHERE? AND HOW CAN I BE THERE!?!?! more googling...and I found my answer!
DUH. GO STAND IN THE RAIN IN PORTLAND FOR AS LONG AS POSSIBLE...AND YOU CAN ATTEND.
SO GUESS WHAT I DID?
I guess some people camped out the night before... but I am not that insane, and getting there two hours before they opened the door was a fair compromise between my dad and I, who is a super champ and braved it with me so I would not have to go alone.
They made the official announcement with all the details on the news last night, and I forced myself to go to bed "early," which then led to finishing Michelle (the other woman) Obama's biography, being even more FIRED UP & READY TO GO and not falling asleep... being like a kid on Christmas Eve, waking up at 3 then finally flying out of bed with the first note of my Taylor Swift alarm. 7 a.m. gross, cold, rainy, and FIRED UP. I cooked myself a delicious breakfast and rocked out to my Yes We Can playlist, and here is what ensued.... 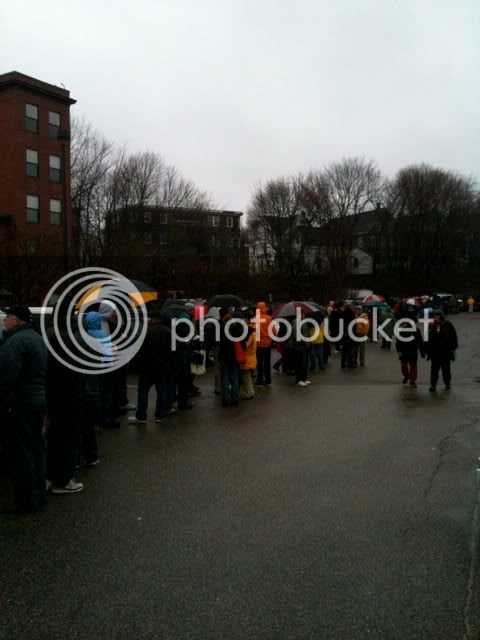 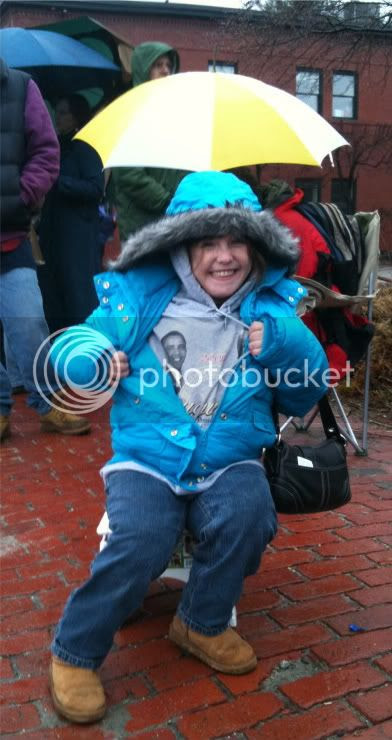 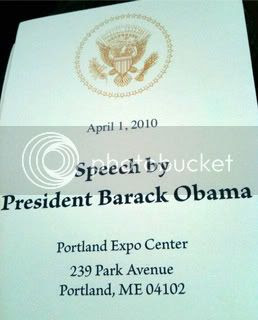 Now I know some people "don't get it." And "Aren't into politics." Because, a little over a year ago, that was me. And I would've laughed at people for standing in the rain to see psh... the president. Who cares?
But... I've become a part of it. When I sat on that sunny afternoon, all by myself, with nothing but the capitol building in view, I felt something shift inside me. It mattered now.

When he signed that bill on March 21, 2010, he told stories of everyone who had come to him with their struggles in the "System" and all the stories off all the "youth" and families I work with came flooding back to me and I lost it. I put down my bagel and just let myself cry. It was more than hearing sad stories, but it was feeling that my own was coming to an end.
As he signed that bill with the 22 pens, it was the first time I felt, and SAW visible change, for all the work we have been doing. All those times when we fly home, or have a long meeting and ask each other, "Why do we do this?" Well. THIS is why. Change is starting.
Not just is he an amazing public speaker, who doesn't use note cards and scribbles notes in the margins, and never fails to give me goosebumps, but he is the first person to really reach out to the REAL PEOPLE in this world, as a REAL PERSON and make real change. He rolls up his sleeves when he gives speeches, he shouts back to the people who yell in the audience. He smiles, he laughs, he drinks Bud Light (not while giving speeches... obviously). He is for the people.

And as I stood in that rainy line, I was one of those people. It was the perfect image of the quote he says in my favorite speech, "we are not a collection of red states and blue states. We are the United States of America." All these people had different jobs, were different ages, and came from different places, but we all made the decision to stand in that line in the rain, and climb that hill to see OUR president.

At one point, we were worried we would not get tickets, or that we were too far back in line, and one of the older ladies I was standing with said, "I'm getting discouraged."
And I switched into cheerleader mode and said, "Um no. We will NOT be discouraged. I did not come here to be discouraged!" Hope is not blind optimism! (not that it was relevant at that moment but it was the first quote that popped into mind) and shortly after I heard someone else yell out from farther back in line, "YES WE CAN!!!!"
And we trudged on, with me being the optimist I have grown to remember I am, and one of the feisty ladies looked at me and said, "you're neat!" I smiled and just said, "thanks!"

Finally, we made it to the doors, and after two hours, and being soggy and chilled to the bone. I had the tickets in my hand. I get to see my biggest inspiration speak about why we do what we do, and what it's all about.

Also- for anyone interested, here is the download of my Yes We Can playlist I keep referencing. If it doesn't fire you up... you may be dead. Check your pulse: http://www.sendspace.com/file/yjcqms
Posted by Princess Malphaba at 5:25 PM No comments: