Ooooh blogging!  Remember that?   The last entry I wrote was September 6.  I had probably had like 2 classes?  Haha. Everything was perfect!
Well, ok I won’t be such a cynic, everything is going well still, and guess what?  SPRING is (maybe) really here!  We survived our first winter in Boston.
Not without struggles though, but I’ll stick with the abbreviated version… cause. Well, once again it has been 6 months.  Ouch.  Although- after April, I will have broken my 8-month curse of living anywhere away from home! 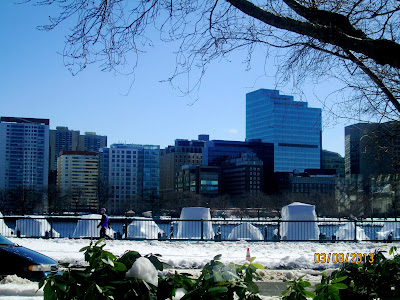 Let’s start with the good!
(For some reason I feel like bullets make things more readable, even if there are massive paragraphs under them) 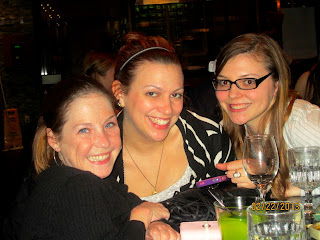 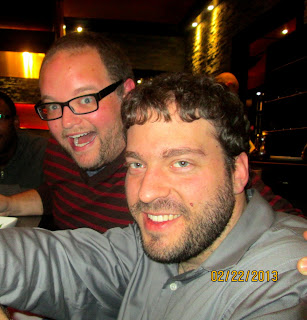 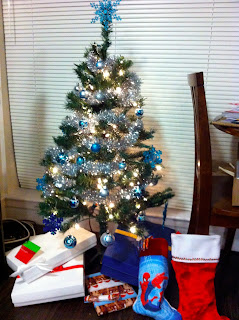 So now the bad and the ugly…
After the semester ended, things sort of crashed and burned for a while.  I guess I had been going, going, going, as I tend to do, trying to be this superhuman being I strive to be.  I don’t even really remember the end of the semester that much, aside from constantly feeling like my body was in fight or flight when I would be trying to do 27 things at once in the student lounge but really never getting too much done.

Then, after my last final, and finding out I got my required B+ in Epi, I hauled bags to South Station to take a bus to Maine to begin our holiday whirlwind.
After Christmas numero Uno, we were off to NV, and I started realizing I just didn’t feel good.   I made up all sorts of excuses.  It’s probably a virus, my body doesn’t know what it’s like to relax, I was too busy to notice, etc. etc. 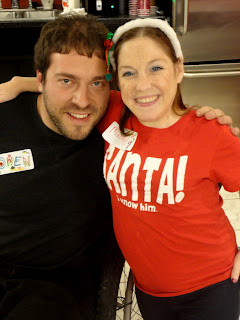 I had a couple of low grade fevers, some weird stomach issues and headaches, but mostly I just felt weak, and could hear my heart beat in my ears, and it was making me crazy. This was around the time when everyone was sick and the flu was at epidemic status, so I just sort of wrote it off.
The last day I was there, I bit the bullet and decided I needed to go to a clinic in Fallon, NV.  I had a strep test, which came back positive; I worked out some IV antibiotics and prepared for the 9-hour travel day home.  The night before our flight, we were going to be staying at a hotel casino in Reno, so we could actually sleep a bit before our flight.  Let me tell you, being sick in one thing, but being sick when you are in one of your favorite travel destinations and barely being able to get back from the bathroom on your own because the room is spinning totally SUCKS.  I did manage to choke down a margarita, and throw a few dollars into a slot machine…Yolo. 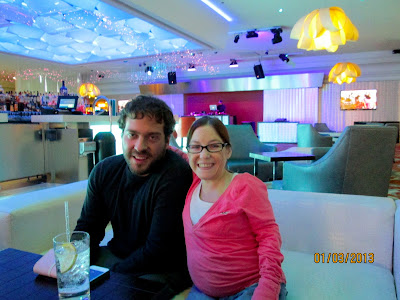 Fast forward back to Boston, after 3 days of IV antibiotics, I was actually feeling worse, and beginning to believe this was more than strep throat.  I sent Owen to work and lay in bed wondering what I should do.  Should I go “home” to Maine?  Should I go to the ER?  At this point, I could barely focus my eyes and realized my hands and face were a little puffy.  The room was spinning and our apartment was actually shaking due to the construction that is still happening next door to us.
I finally bit the bullet and called Pastor Jordan, BFF Extraordinaire and said I needed to go to the hospital.  Very long story short, this resulted in 27 hours in the ER, 2 blood transfusions, and a 10-day stay at Mass General Hospital.  Not quite what I was expecting when I went in, but I guess it is true that you gotta trust your gut.  Whatever virus I had, knocked out my bone marrow and it decided to simply stop producing blood cells!  Thanks a lot marrow.  My blood counts were scary low and the dr’s couldn’t believe I didn’t pass out somewhere along the way.
To this day, the doctors don’t know what made this happen, or what the virus was. Everyone was actually pretty scared, more so than they let on at the time it was happening.

I look at the whole thing from 2 perspectives.  Overall, it totally sucked, and was not how I planned on spending the rest of my much needed vacation, but it also got my foot in the door (well, I kicked that door wide open) with hematology in Boston, and nudged along my “health care transition” in this new city (for more of my “lessons learned” listen to the latest episode of Got Transition Radio! http://www.gottransition.org/about-us-news/50 )

Owen did not leave my side, and we got through another huge milestone for us.  The first medical crisis and inpatient hospital stay.  I had always played out these various scenarios in my head, not knowing if we would be able to stay with each other, or handle all the emotions that come with these adventures we all know too well.  He slept by me in the ER while I got someone else’s blood pumped into my veins.  He held my hand while I bawled, and yelled obscenities while dr’s drilled a medical corkscrew into my hipbone for a bone marrow biopsy.  He held my portable EKG machine and straightened tubes while I tried to climb on the enormous toilet just to go pee. He stayed by me as I went 4 days without showering and told me I smelled good when I finally did.  He even posted on our Facebook page, documenting the "other side" of our disability rock star life. 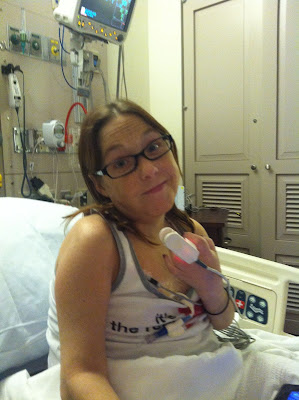 We have hit those milestones.  Some people never experience such things even in marriage, and we are not yet at 2 years, and we triumphed through it all.

I think of all the things we learned during winter in Boston, the biggest was the value of each other, and each moment.   After my hospital stay, I worked with my advisor and amazing MCH professors at BU (the admissions department sent me flowers… I continue to be obsessed with my school) and became a part time student.  I am no longer flitting around not knowing which end is up or what text I am reading. I am actually really enjoying having time to reflect on the work I am doing, and be a bit of a housewife.  It’s nice to be able to make dinner, feel like I reach the point of being “done” my homework and be able to RELAX guilt free (what is that?)  Balance is beautiful, and I want to be able to treasure this journey for what it is- a journey, not just have a whirlwind experience in which I achieve an MPH, burn out and broken relationships.  No job is worth that.

There are a lot of changes coming up for me professionally, and there will be more on that later, but for now, I am happy again.  Winter was rough, I am not a fan, but we made it, better, wiser, stronger, and I am ready for SPRING in this new city… now that we know how to use the T! 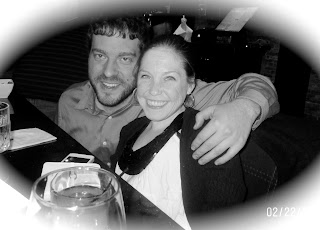 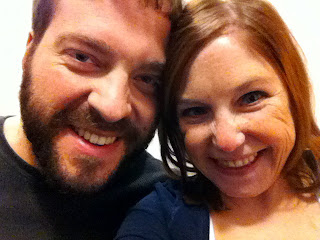