Today is May 1st, and I think that means it’s a good day for a blog entry.

May has always been a good month for me. Not only because it’s the month I was born (a good enough reason, if you ask me) but because it always sort of seems like a new beginning. I say that when the new year begins too… but it’s still winter at that point, and it’s easy to say but not easy to feel when you just don’t want to leave the house or really do anything.
Spring makes me feel alive, and this year, is shaping up to be a pretty big one. The first few months were oppressed with the paranoia that it just couldn’t be as incredible as 2010 and everything felt like a let down. There was a lot of hoping for things that wouldn’t be, things that didn’t go just the way I planned, and the silly hospitalization that left me feeling weak and vulnerable when I thought I was really kicking ass. I just… wasn’t feeling it.
But now. I am. I just finished reading Bethenny Frankel’s book, A Place of Yes, and not only is she completely me in her writing, sense of humor, and attitude about life, but she really makes me look at my own life in a better way (judge not, before you read this book- she was the antithesis of the other housewives, so just stop). 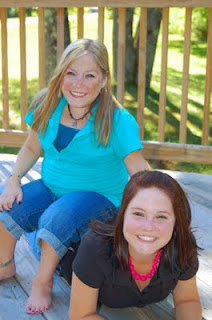 The sister and I were home alone for the weekend and we of course made the most of it, with Glee dance parties, a trip to the mall for prom essentials and just having girl talk, and watching Disney movies. We can do absolutely nothing, and still have far too much fun. We talked a lot, about where we’re at, what we have, and how far we’ve come. It’s sort of amazing to think about. I know I say that all the time, but it’s always fun when the sun comes out again and you can really see things for what they are! The baby sis is graduating in a matter of days! This year is
huge, and we’re so ready to tackle this summer together, and show it who’s boss. (I also invited her to do a guest blog here when her life calms down a bit, I think it’ll be fun for you to get some words from my other half I speak of so much)

So today, I took the opportunity of a lazy Sunday to make an iced coffee, and just sit on the deck and finish my book. I’m pretty sure I got my first sunburn of 2011, but I also realized that I felt ultimately content. I really feel like in this moment, things are GOOD.
Of course my life is a rollercoaster. But so is Bethenny’s. I related as she talks about how one day her life is pj’s on the couch, and the next is a red carpet in L/A, but part of that, and one of her chapters, is that no matter what your life may bring, live all of those moments, and do those opportunities like it’s your whole world. And I feel like I’m really able to do that. For now, I’m enjoying spring in Leeds, Maine. At the end of this month, I’ll be celebrating my LAST WEEK OF BEING 25 in Las Vegas. 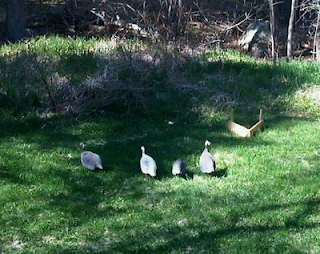 that hang out in my backyard, or feeling VIP at the Palms pool, I’m going to live it up, cause it’s ALL who I am.

Another thing Bethenny talked about was her experience with getting and being on The Apprentice. She explained how the first time she “auditioned” to be on the show, she tried to create what she thought they wanted, and was only partially herself. The second time, she was just herself, complete with brutal honesty and biting wit, and that was the time she got on the show. As I thought about it, it reminded me a lot of my life right now. For a long time, in my work, and my life, I was spending so much time being what I thought people wanted me to be, and saying what was put in front of me, but recently, I’ve started infusing more and more of ME into my presentations, and being genuine in what I believe and who I am. And it’s working. I no longer fear that I’m going to disappoint people because I don’t say what they want to hear, and I’m not worried about “learning lines.” I’m still getting opportunities, and I’m finding I’m more able to enjoy things, and just roll with the punches for what each day brings. Somehow, everything is aligning, and it feels RIGHT.


Since the last time I wrote, I met the President.
No big deal. 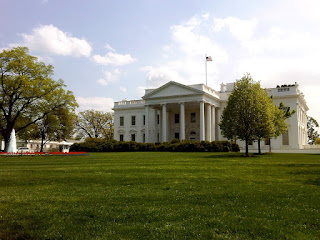 LIES. IT’S A HUGE DEAL. It was a huge deal when I saw him speak, and was one of several hundred people in an auditorium. Of course it’s a big deal that I got to hang out, drink free champagne and shake his hand in the Whitehouse, and chit chat for a few. I’ll post a bigger entry about it, and everything that it was at a later date, but for now, let’s just say it was one of those examples of how things just happen when they’re meant to. I just believed that it would happen, and I hoped I had somehow made an impact in all that I’ve been doing for the last few years. And it did work out. It was hugely reaffirming, that I’ve got something, and am heading in the right direction.


The last thing I want to say, is that, another reason I feel like my life is so on track right now, is because of people. Something that I’m going to talk about in one of my upcoming presentations as well as MY book, is finding your champions- the people who support you, for all that you are, push you to do the things you know you can (and have to), and keep you going when you don’t know if you can. I really feel like right now, those are the people I have in my life. They are all key players and there aren’t people I have to be fake around or feel negativity with. Not that that is something to get used to, or that I can’t handle knowing people who challenge me, but it’s a nice feeling to just feel so supported for being ME.

Perhaps sunshine and sleep just bring out the best in me, but I’m in a good place, feeling inspired, empowered and EXCITED for all that’s coming up! Next Step weekend, a conference in West Virginia, VEGAS, birthdays, and summer 2011. I’m looking forward to every moment. So Happy May Day, may you have a wonderful spring and find ways to come from a Place of Yes!