Today, I graduated.  I graduated with my Master’s Degree in public health from Boston University.  Not “regular” graduated, but graduated from overpriced extra college, from one of the top Public Health schools in the country. 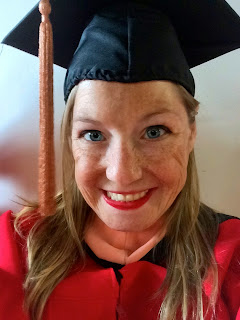 While I joke that it was not challenging, because academically, a lot of the content I already was familiar with because of my national MCH role, it actually was pretty tough at times.  Can you do a multi linear regression? Ok.

But for me it was about so much more than a few biostats equations.  I struggled a lot with WHY I was doing this, which many of you know.  Last weekend, a dear friend and colleague of mine, a “title V mom,” posted on Facebook about how much it meant to her to see other families share the milestones of their young people because it was an image of hope, and of what could be possible for her child, and for others.

And all of a sudden I remembered why I got myself into this situation in the first place.  It is not about me. (Really, I swear).

Today, at graduation, our speaker, Monica Bharel, the Public Health Commissioner, for the Massachusetts Department of Public Health, said, “Choose courage, Choose hope.  Choose selflessness.” And had us think about “What are you passionate about?”  (My answer was, “Nothing. I shouldn’t be here.”)  then helped us define that by asking “What makes you angry?”  ….and the list flowed in my brain. 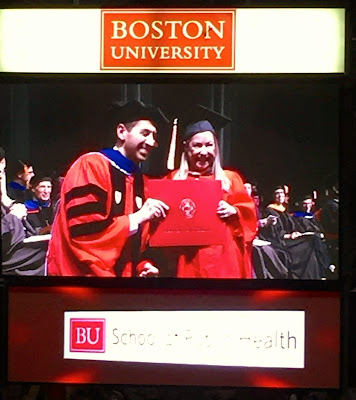 I remembered.  I did this, to show the potential of young people no matter their limitations.  Let the façade fall aside, it SUCKED so hard sometimes.  I cried, I hated it. I questioned my choices on many, many occasions. I thought about quitting and just moving home.  I thought about “What would happen if I went home and just stopped replying to e-mails.”  But then… I would get a message from one of “my young people.”  One of the selected for Dumbledore’s Army, simply asking about how to succeed in a class in which the teacher was not accommodating, or wondering what to do after graduation because they had real hopes and dreams that others did not support.  And I remembered. 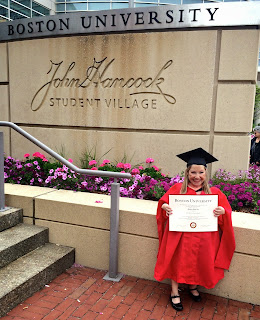 I am here, and I did this, WE did this, to show it’s POSSIBLE.  With love, strength, support, work, and determination.  It can be done. I also want to mention.  During the time I was in school, Owen and I had no formal assistance.  We had no PCA’s, no nursing help.  We worked multiple jobs, and truly did this independently (except for the endless love and support from our networks and friends and families)

I want the lessons that we learned to serve as a beacon, a tool, an “inspiration,” to show others what can be possible for them, or their children.  What makes me mad?  When those amazing people are told they can’t, or even just made to think they can’t. And you know what else I realized, sitting there today?   The only person who EVER told me I can’t…. was me.  Now… I don’t believe that either.  Cause I DID IT.

The final part of my graduation ceremony, our incredible associate dean, asked us to accept the charge of being world changing MPH’ers.  I closed my eyes, and thought about if I really, truly was ready to accept the challenge.  He asked us, “Do you promise to use your new passion, energy, and knowledge to create a healthier world?”   And we all looked at each other and muttered “I will.”  He looked at the faculty and said, “They don’t believe you. No… actually. We KNOW you will, but we need you to know you will.”

Moments before I marched into the arena, my best friend, and counterpart, just beginning the journey towards her MPH, wrote on my Facebook newsfeed, “You changed my life Mal.  #forgood.”  And I knew, I was ready to accept the charge.  We all shouted and cheered.  “I will!!!!!” 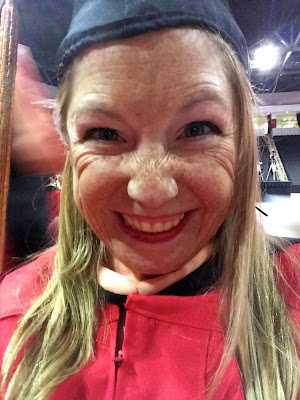 Was this my “dream?” No… not really.  But life is what happens when you are making other plans, and I believe in the universe, and that I was brought here for a reason.  I am working to make sure that my dreams align with what the universe has in store for me, and THAT is my passion.  That is my charge.  As I move forward with my incredibly hard earned MPH, I hope ALL young people have the strength and courage to think about what makes them want to get up in the morning, that they can laugh when things get tough, or know that they are loved, and valued and wanted no matter what they do. 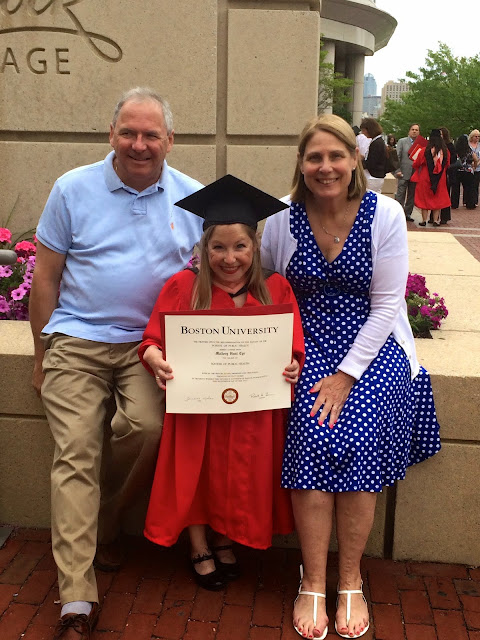 Just because my path is not mentioned in a speech does not make it less important.  It is what has brought me here today.

So for all of you, who believed in me, and who believe in your own children no matter how terrified you may be for them to take the Next Step, this degree is for you.  It truly, truly is. 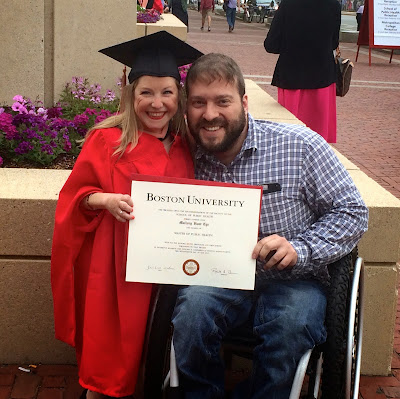 Thank you.  I love you all.  Now let’s get this MPH Party started.

I leave you with this:

Posted by Princess Malphaba at 10:01 PM No comments:

Yesterday, I got the email from my advisor, closing the door on the final assignment, my directed study that has taken many different shapes over three years, and finally became something I was proud of.

“I put the grades in as an A.  Pop the Champagne.”

So after silently weeping in Barnes and Noble, I did, and it was the best I’ve ever had.  (no… that’s not true.  It was sparkling wine….but you get me.) 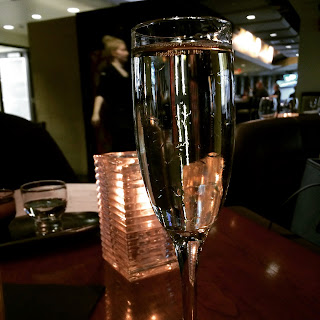 It doesn’t feel real yet, that this journey I began three years ago, eager and excited, is coming to a close.  But it is!  GRADUATION is next Saturday, my regalia is being altered by a dear friend (who also happened to decorate the White House for Christmas)  and the most urgent thing on my to do list is to get my hair done and pack for VACATION.

That’s right.  The Cyrs are finally celebrating all there is to celebrate.  Before my graduation, my baby sister is graduating with her bachelor’s in Sociology.  I am so freaking proud.   It’s going to be Graduation x 2 weekends, then off to the Hard Rock in Orlando to get our Hogwarts on.

I really am not at the point of being able to form many coherent thoughts right now, as the feels are taking over.  There will be a lot more big announcements coming up, but for now I am just savoring these moments of being a graduate.  A day I really thought would never come. 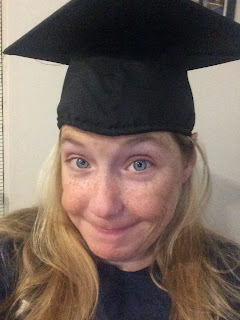 My route to this degree was not totally traditional, and truthfully, the biggest struggle was not academically, but figuring out how to do it all, how to get from point A to point B, and not letting it all drive me to the point of no return. I hit some really dark times during this program.  I wanted to quit everything.  I never wanted to hear the words MCH, or public health ever again.  I wanted to pass the torch, throw it at whoever cared, because I just didn’t.

But during those times, I discovered just how amazing the people at BUSPH really are (no they didn’t pay me to say this)  They listened to me, they asked me “Whoa… what is really going on?”  Instead of just wanting me to get through the assignments, they really CARED how it was impacting me, and my psyche, and my identity.  And that in itself made me want to succeed.

As it typically happens, when the snow began to melt, my soul settled, and began to remember why I was here, and even bigger, from here on out, that the journey is mine.  I was brought to this point, by the work I have done and the people I knew.  I learned a lot, and now it’s time to stop once again and figure out what’s next.  Not based on what people want me to do, but what I want to do.

That’s probably the scariest part.  But also thrilling.  I remember the first time, when the transition grant ended and I had to make these same choices of what was next.  But I was making them alone, from the safety of my parent’s house in Maine.  The stakes are a little higher now, but I’m a “little bit older, a little bit wiser (JRB)” and feel excited about the idea of the world being my oyster again.

But you know what’s pretty cool? Although we could all evaluate the academics, and the structure of the program at BUSPH (or anywhere into which you are putting ridiculous amounts of money to further your education),  I FEEL smarter.  I really do.  About life, about MCH, about research… 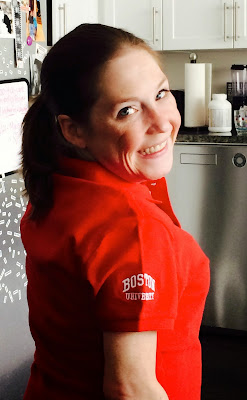 It’s not for nothing.

Thank you to my family, who banded together when times got so rough we all didn’t know how we could go on, and who celebrated every small victory along the way. 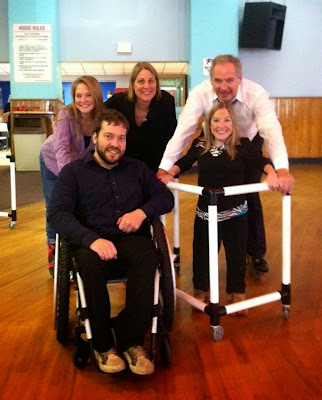 Thank you to my other family at BUSPH (who saw me more than my real family) for supporting me to say all the things that need to be said, and helping me to explore where I fit into this crazy MCH world 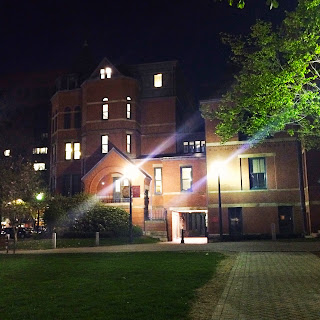 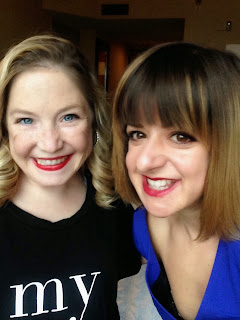 Thank you to my job for being supportive when I had to be three places in one day and had to work virtually for a month due to Snowmagedon.

And thank you most of all to my love, my partner, my colleague in this journey (not fight… I refuse to say it’s a fight) for reminding me that I can do it, and that I’m smart, and beautiful.  Even when I have resorted to using dry shampoo because when you don’t shower, you get to work earlier).
For having dinner on the table when I have existed on yogurt, and Peet’s coffee for the entire day.

For videoing my presentations even though he’s heard them a hundred times.

For eating excessive amount of thai food because sometimes all I want is noodles (like every day).

But ultimately, for leaving behind everything he knew, to be by my side on this journey, which probably we can file under the hardest years of our lives (I hope), for braving a historical winter, a terrorist attack, earthquakes, hurricanes, weddings, deaths, and everything in between. 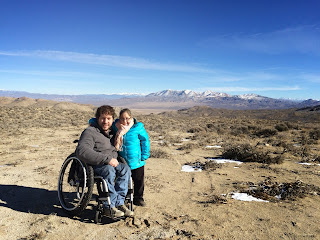 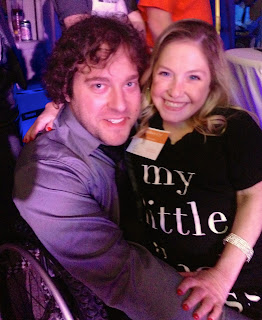 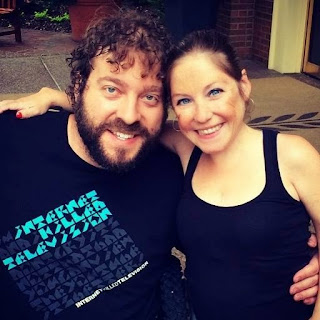 Together…. We have done it.   Cheers all. 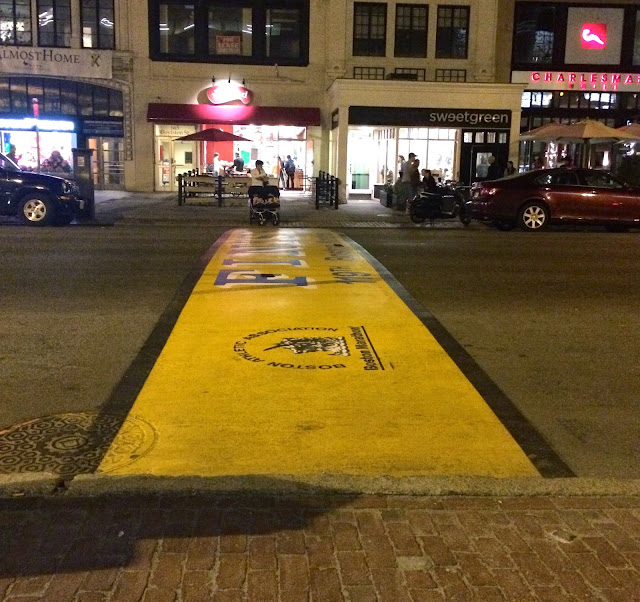 Posted by Princess Malphaba at 7:44 AM No comments: