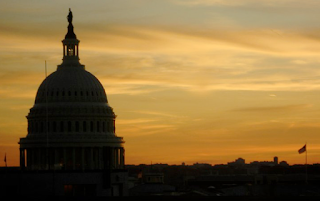 It’s already March! That’s three months into 2011.
I haven’t necessarily forgotten to blog, but for the sake of transparency I’ll just say, winter and I truly do not get along and I just wasn’t feeling in a place to say anything that was worth reading.

Nobody wants to read about the Winter of Mal’s Discontent, which really is what it felt it had become. I hate being cold, we got way more snow this year, than really…in all my life that I can remember, and I simply wanted to be a hermit (and pretty much did) so how fun is that? It’s not really.
Although- being in a huge slump of winter hating, did sort of put a fire underneath me to do something about it. This winter really made me realize that, beyond it not even being physically safe when all the parking lots and driveways are glaciers, I really cannot do this. I’m not happy here. There are no opportunities for anything that would further develop my career, and well… it’s boring. I feel like a cat lady at the mere age of 25… and as much as I love my Muffy. That is a no go.So rewind to January. I decided I needed to start seeing what I can do on my own and where the challenges are ultimately going to be. A couple weeks into the brand new year of 2011 I had myself a round trip ticket to good ol’ Washington DC. Just one. There was a meeting of all the National Centers, and so I planned a weekend accordingly so that I would have some time away, and then be able to represent Got Transition? at the meeting and jump back into the game, since I felt a little out of the loop after missing all the action in October. 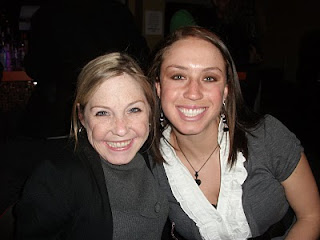 As the days went by I kept getting a little nervous, but I was sort of surprised at how I really wasn’t all that phased by making the venture by myself. I had been planning it in my head for months already, and I knew that the next step really was just taking the plunge.
So I did. And in that one weekend, I felt more alive than I had in months. The travel was seamless. Everyone went above and beyond to make sure I was ok, and just to be safe, I had gone ahead and had one of those lovely black SUV’s meet me at the airport so I would be sure I’d be taken care of. Look out Lauren Conrad…there’s a new diva in town with equally fabulous sunglasses and pink luggage.
The first night I was there, after the mandatory post flight nap, and discovering why I don’t watch Sarah Palin’s reality show, I met up with one of my VIP’s for an informal strategic planning meeting of “operation Mal needs to live in DC.” No conclusions were made except that it basically needs to happen, and that Jersey Shore was a lost cause after Miami.
The next day I tried to fathom that I had an entire day, and the entire city to myself, with absolutely no agenda! I slept in (of course the one time I can sleep in in a hotel, the beds are a bit subpar…) then eventually made my way to the nearest Starbucks… which was in walking distance, and figured out my day over a latte and breakfast sandwich. It was a bit surreal as I remembered my first week of college, as I sat and Java Joe’s and I wrote in my journal “It’s not exactly a city…. Or Starbucks… but look at me, on my own writing in coffee shop!” (or something equally faux optimistic) And now, here I actually was, in a Starbucks, in a real city, with a sense of purpose, things to do and people to see.
I ended up at the Smithsonian American Art Museum for most of the afternoon. “Brain…meet art! I know...it’s been awhile.” As I wandered through the exhibits, taking it all in, I realized just how long it had been since my brain had actually had to interpret or absorb anything beyond Jersey Shore, how to get to Margarita’s, or Real Housewives from all over the map.
After that I wandered around Chinatown for awhile and ended up at Chipotle for dinner. I know, I know. Here I am, with some of the best restaurants, DURING restaurant week…. But, what the heart (and stomach) wants… the heart wants.

Then, I magically hailed a cab out of nowhere, in a fashion that would’ve put Carrie Bradshaw to shame and got back to the hotel just in time to watch the final game before the Super Bowl at the bar with people from all over (I even scored a free chocolate mousse). All in all, a successful day.The next day was the meeting, which was held at the Army Navy Club, so there was a dress code! Up before the sun, blazer, pearls, nylons and I was off. It was a long day, of too many powerpoint slides, but also seeing so many people who were glad I had made it, and the feeling that “oh yea… you’re wanted here!” 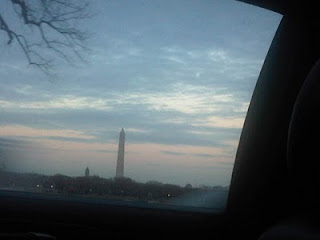 But before I knew it, I was putting sweats back on in a hotel bathroom, and watching the sunset over the Washington monument from my cab to the airport.

I had done it. The flight home was one of many emotions (as the flights home continually get more and more emotional…) of excitement, accomplishment, but also fear, because now, I can’t deny, that the only thing holding me back… is me.
Sine then, there was also a wonderful trip to Portland, Oregon, and another epic week in DC for the AMCHP conference (where it sort of all began… last year).I got to debut with the new National Center, and give a presentation that had standing room only in attendance, and was a firm reminder that I’m really finding my voice in all of this, not just reading somebody else’s slides.

Between the gala (an almost perfect Valentine’s day consisting of a red dress, and champagne), the sun/lack of snow on the ground, being able to walk across the street for coffee, or Chipotle, and the rush of learning, thinking and networking again, it was yet another event that left me going “Oh yea… you’re good at this. This is why you do what you do.”

The other highlight that cannot go unmentioned, because if this hadn’t happened… the week would’ve been… fairly lonely. I met my long time virtual bff Emily! We were supposed to meet in October, but we all know how that turned out. To have someone of my own demographic who really “gets it,” on every level like nobody else I’ve ever met was absolutely amazing. Suffice to say, we had way too much fun, and once again I’m left saying “Whyyyyy do we live so far apart?!” 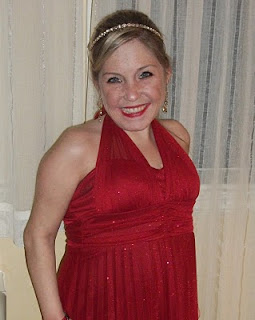 After all of this, I went home, frustrated to have to be leaving at all, let alone coming back to more snow, and not a whole lot else. Which is exactly why, I took the GRE’s the following week. My grad school timeline got a little altered to what I thought it would be, but that silly piece of the puzzle that was holding me back from applying is OVER. It’s really happening…
And now here we are. Next up on the itinerary is Las Vegas. This trip has taken some various transformations, and unfortunately, there was another little blip on the radar and I’ll be managing one IV antibiotic while I’m there. There will be two days of their Youth Transition Jamboree (the same group I virtually presented for in Reno last year) and then the weekend will hopefully consist of food, fun, and foolishness. It definitely won’t be spring break style, but at this point, I can’t say no to just having 80 degree weather! Can’t wait!!!

I may write about it….
But… you know what they say.