**Don't Waste A Moment Cause You'll Never See it Returned**
( This entry is dedicated to the incredible, impish, life-changing, Paul Newman, who would have turned 84 today) 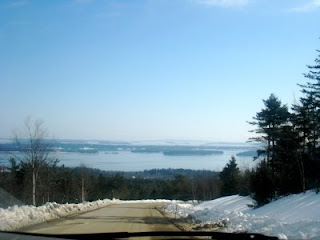 (view from Point lookout where the winter retreat was held)

I’m pretty exhausted but I need to write before things pick up again, and before I get everything that has happened, and the emotions that go with it all.

I’ve recently been making an effort to participate in some perspective shifting. I decided I really need a better outlook for 2009 and since positive things are happening it hasn’t been too hard, but I still tend to get stressed out and unhappy sometimes (which, I know it’s normal, but in the grand scheme of things… it seems kind of silly). So then fate took things in its hands and went a little further than I planned.
In 24 hours I finished The Last Lecture and saw Wit, which I knew going into it would be very intense. While it was intense, it was brilliant. I read the play in college in my theater class, and for a small local theater with all my friends in it to take on such a piece of work, was so impressive, and made me proud.

I won’t reveal too much, but it is about a poetry professor battling cancer, and her time in the hospital. She is sarcastic and witty to get through everything. There were times I just laughed out loud because the hospital scenarios were SO realistic, and I have actually reacted in similar ways. I wish I could’ve known her.

The same thing applies to Randy Pausch of the Last Lecture. I thought I would cry, but I ended up laughing more. These people both knew they were nearing the ends of their lives, but instead of living in sadness and fear, they lived every moment as if it WAS their last. They spent the time teaching others about the value of life and the things they had learned. Randy spoke about considering how you want to spend each moment and that realizing the importance of each moment is crucial to live happily. Things like that really echoed that I need to live for myself, and not let negativity of others bring me down for an entire day. There is only so much we can control in situations, so we need to seize all of those things we do have control over, and everything else we need to let go of. Whatever is meant to be, will be. It was just such an eye opening, refreshing reminder to truly seize the day with all your might. 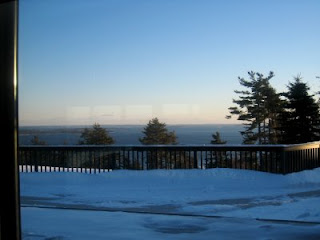 I have always been a firm believer of “life is short.” But sometimes it is nice to have a reminder (as crushing as it is that we lost these amazing people). I am so aware of life right now. Everything feels beautiful.


This weekend I went to the Winter Retreat that is put on by the agency I work for, The Maine Support Network. I was unsure how it would go since I was supposed to do a workshop but it got cancelled due to low attendance (a lot did…they had the lowest turnout for the conference because of budget cuts in education). No matter what, I was excited to travel, and it would only be as fulfilling as I made it, so I went with an open mind.

It ended up being a great time and very inspirational. The focus was on autism, and although I don’t have any “students” perse, I spent a lot of time trying to figure out how I could use what I learned in my own work with youth leaders, and a lot of what we learned could apply to children with any special health need. 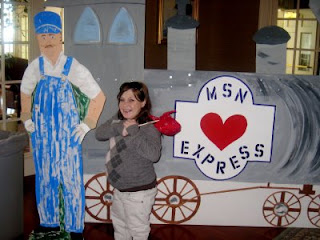 One of the speakers was Stephen Shore, who has written several books on autism, and is just brilliant (and funny!) In his presentation he mentioned his autobiography, and a chime went off in my head. “oh hey…I’m writing an autobiography. This is what I want to do!” So after his speech, I bought his book, had him sign it and said “So, you wrote an autobiography! I’m attempting to do the same thing, but it’s challenging… any words of wisdom.”

He thought that was very cool and gave me the best, simplest advice I have received from a writer yet. All advice is valuable, but “well you just got to do it.” Is more vast and overwhelming than helpful. But Stephen said to me, “you have to break it into chapters. Sometimes a story might have to be two chapters, but you just pretend each chapter is a bucket and sort it all out.”
It seemed so simple and so clear! Why do we let things overwhelm us so much? Break it down. Take it one step at a time.

The more I hear people tell their stories, the more I figure out how to tell mine. The vision of my book is getting clearer and clearer. I actually got so inspired at the conference that I wanted to run out of the workshops and just WRITE! Of course it comes at such inopportune times, but that is why I’m writing now, while everything is still fresh….I will get in a habit of making it not such a daunting task. 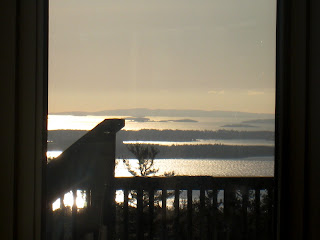 I have no doubt in my mind it will come together, and it will happen. I feel in every part of my body that it is what I was meant to do. And I know I will.

The other speaker that we had there was Sue Rubin. For the first 13 years of her life, she was unable to communicate, but eventually she discovered the world of facilitated communication and was able to express everything she had absorbed while being unable to communicate. Her story is incredibly inspiring and we also have so much in common! Except….she lives in California.

She made me realize, once again, how incredibly lucky I am, just for even the small thing that I can communicate my thoughts and feelings, and although initially people may think I am younger than I am, I do not have to struggle with society endlessly to prove my intelligence because of my diagnosis. It made me want to communicate even more to tell the stories of those who can not, and speak about all the challenges people face while trying to live successfully, whatever that may mean for them.

It was a little strange to not BE a presenter, but I think it was good for me. I was still able to network, but I also could just sit back and take it all in. Seeing the speakers like Stephen and Sue, really re-emphasized the importance of what we all are doing and made me want to soar forward in the world of advocacy and continue to speak up.
We all have different stories to tell, different expertise to offer, and different diagnoses. But regardless what anyone may say, we have learned a lot in our lives, and

Posted by Princess Malphaba at 9:16 PM No comments:

Here comes 2009
The rest of fall has come and gone.  It was a beautiful, simple holiday with a lot of relaxation and family time.  A lot of things are changing, but I feel really good about life right now.
I'm sorry I've been kind of abandoning this place for the past couple of months, but I have been very busy with work and life, but I'm back now and one of my resolutions (although in the past I haven't made them) is to Blog more.... so here I am.
I won't go into great depth about the past, but I will present you with my crazy itinerary for the upcoming  months!  The travel blog will be seeing a lot of me so stay tuned!
It's going to be pretty intense much like last year!  And I'm completely pumped!
January:
Northport Maine for the MSN winter retreat.

February:
AMCHP Conference 2009 in Crystal City, VA
Presenting on involving youth in successful needs assessments
Also- representing KASA at the annual family voices gala.  Anything with the word gala in it makes me happy!

March:
Visions of Community Conference in Boston
Presenting on Transitioning to adulthood in the healthcare world.

Staying here: http://www.seaportboston.com/Accommodation/Overview.aspx
(oooh flashbacks. Four of us shared a one bed room here when our car got stolen. Fond fond memories. Although it is a sweet hotel!)

WEST SIDE STORY- NYC
Eat, drink and be merry with no other agenda with the bff :-)

Staying here: http://www.icycc2009.com/hotelaccommodation.html
(um, at one of them? Not sure yet. ….hmmm)


The diva is back ♥
Posted by Princess Malphaba at 6:50 PM No comments: